About the Distribution Agent 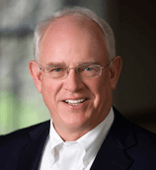 In December 2012, the U.S. Department of Justice (“Department” or “DOJ”) appointed Richard C. Breeden to serve as its Special Master in administering the distribution of approximately $2.35 billion in forfeitures that have been obtained thus far by the United States Attorney’s Office for the Southern District of New York in cases related to the Ponzi scheme operated through Bernard L. Madoff Investment Securities LLC (“BLMIS”).

The Special Master’s function is to administer the process under which Madoff victims will be able to make claims against the forfeited assets collected by DOJ. This includes issues such as assisting DOJ in defining the criteria for eligibility (and exclusions, if any), analyzing the measurement of total eligible losses, and making payments to victims.

From 1989-1993, Mr. Breeden served as Chairman of the U.S. Securities and Exchange Commission under Presidents George H. W. Bush and Bill Clinton. During his time as Chairman, the Commission brought more than 1,200 enforcement actions for violations of securities laws. He handled the failure and subsequent bankruptcy of Drexel Burnham Lambert, as well as enforcement proceedings against the senior leadership of Salomon Brothers for violations of regulations governing auctions of Treasury securities. During his tenure the Commission detected and prosecuted numerous Ponzi-style frauds.

Since leaving government 20 years ago, Mr. Breeden has served in a variety of positions relating to capital markets and investments, as well as assisting with law enforcement or judicial proceedings on various occasions. For example, in 1996 the Department of Justice appointed Mr. Breeden to serve as Trustee in the bankruptcy of the Bennett Funding Group. Bennett Funding was a commercial leasing company in upstate New York, which was the scene of one of the largest U.S. Ponzi schemes prior to Madoff. Over a period of years, Mr. Breeden recovered and paid as much as $0.60 on the dollar to unsecured investors at Bennett, depending on the types of Bennett securities they held. Thus, Mr. Breeden is very familiar with the types of legal issues that affect the recoveries and calculation of claims in a Ponzi scheme.

In 2002, Mr. Breeden was appointed by the U.S. District Court for the Southern District of New York to serve as corporate monitor of WorldCom, Inc. WorldCom was not a Ponzi scheme, but in that case the company’s financial results had been deliberately falsified on a massive scale. Ultimately nearly 75% of the company’s reported assets proved to be nonexistent, along with roughly $15 billion in reported income. As corporate monitor, Mr. Breeden served as the Court’s representative in the internal investigations of the fraud and the subsequent restructuring of the company in bankruptcy proceedings. Ultimately, the efforts of Mr. Breeden and others led to the recovery of more than $12 billion in proceeds for creditors.

From 2005-2009, Mr. Breeden was the Department’s representative as corporate monitor of KPMG LLC under a Deferred Prosecution Agreement relating to tax shelter abuses. Most recently, Mr. Breeden served as Special Master to DOJ handling the remission of criminal forfeitures to victims of the securities fraud at Adelphia Communications Corporation. In April 2012, Mr. Breeden and his firm RCB Fund Services LLC (“RFS”), located in Syracuse, New York, distributed more than $728 million to approximately 8,500 Adelphia victims. The Adelphia case, which was investigated and prosecuted by the U.S. Attorney’s Office for the Southern District of New York, is the largest single distribution of forfeited assets to victims in Department of Justice history, to date.

In addition to handling cases for the Department of Justice, Mr. Breeden and RFS have handled funds for victims of securities fraud in WorldCom, Enron and other large cases. Collectively Mr. Breeden and his team have reviewed claims by investors from 139 countries totaling more than $80 billion. Mr. Breeden is a graduate of Stanford University and the Harvard Law School.

For the past eight years, Mr. Breeden has managed an investment fund on behalf of institutional investors in addition to the assignments described above.

All Victims have the opportunity to provide comments to the Court

On June 29, 2009, Bernard L. Madoff was sentenced to imprisonment for a term of 150 years. He has since served approximately 10 years of this sentence.

On February 5, 2020, Madoff filed a motion with the applicable federal Court seeking a reduction in his sentence that would result in his immediate release from prison.  The motion is based primarily on his various medical conditions.

The Office of the United States Attorney for the Southern District of New York (“SDNY”), which handled his original prosecution, will file a response to Madoff’s motion.  The Court may also order a public hearing on the motion.  A recent press release from SDNY can be found through the following link.

As a victim of Madoff’s crimes, should you wish to provide your views to the presiding judge in this matter, the Honorable Denny Chin, U.S. Circuit Judge, with respect to Madoff’s motion for a sentence reduction, you may do so.  Please click the button below to see a copy of the Notice approved by the Court regarding this matter.

Any communication should be addressed as shown below, and by simply clicking on the link that is provided:

MVF does not have any role in the hearing concerning this motion. The decision on whether or not you wish to write to Judge Chin is entirely up to each of you.

THE COURT HAS SET A DEADLINE OF FEBRUARY 28, 2020 FOR THE U.S. ATTORNEY’S OFFICE TO RECEIVE ANY CORRESPONDENCE FROM VICTIMS.

Therefore, if you wish to communicate on this matter please do not delay.